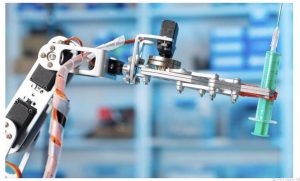 Doctors treating patients amid the coronavirus pandemic have to make life-or-death decisions each day about who gets treatment. That is more complicated than it sounds and researchers in China are developing AI tools to assist doctors with those choices.

But that raises another complicated question: should artificial intelligence be involved in medical life-and-death decisions?

Doctors in the crowded chaos of a hospital dealing with a pandemic have to make fast clinical decisions about the treatment of one patient over another.

One argument is for a person with a better chance of fighting off the disease getting resources instead of someone with minimal chance of survival. The aim is to prevent the worst-case scenario that both die: one because they had little chance anyway, the other because they were denied treatment.

The other argument is that patients with the highest risk of death should get treatment first.

Chinese researchers say they have come up with a piece of artificial intelligence technology that can help doctors make a more informed decision on who has the better chance of survival – or highest risk of death – among competing Covid-19 patients.

Researchers from the Huazhong University of Science and Technology (HUST) and Tongji Hospital in Wuhan, Hubei say they have developed an AI diagnostic tool that can quickly analyse blood samples to predict survival rates.

The developers claim the AI tool achieved 90 per cent accuracy on the fatality and survival rates of more than 400 patients based on blood samples collected from the date of admission to Tongji Hospital.

They released the results of their ongoing study on the preprint server Medrxiv.org, a platform scientists from around the world are using to release non-peer reviewed research on Covid-19.

The paper says the developers, led by Yuan Ye, a professor with the school of artificial intelligence and automation at HUST, hope to improve the accuracy of the system with a bigger database in the near future.

As patients infected with the pneumonia caused by the coronavirus swamp hospitals around the world, the researchers say AI could help short-handed medical staff with limited time and resources decide which person gets treatment first. 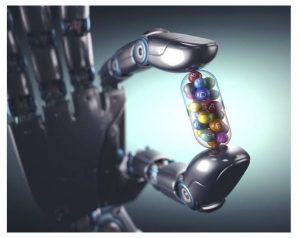 “There is currently no available prognostic biomarker to distinguish patients that require immediate medical attention, and their associated mortality rate,” Yuan and colleagues wrote in their paper.

The goal of their AI system was “to identify high-risk patients before irreversible [lung] lesions occur”, they added.

When the outbreak of Covid-19 was first detected in Wuhan, in central China, doctors and scientists knew little about the new virus causing the disease.

Some patients with mild symptoms and no underlying health problems could suddenly deteriorate into critical condition. When they were rushed into an intensive care unit and hooked up on life support, fatal damage could have already been done.

The use of the new AI tool could enable “detection, early intervention and potentially reduction of mortality in high-risk patients”, the researchers said.

In China, AI technology is already being used to combat the pandemic. A supercomputer in Tianjin, for instance, has open public access to its AI diagnostic tool. This reportedly allows doctors around the world to distinguish Covid-19 from other types of pneumonia within seconds by analysing a patient’s chest scan images.

Previous studies have also indicated clues about the disease’s development in blood samples taken in routine body checks throughout the patient’s stay in hospital.

But blood contains many chemicals, and checking them all is typically costly and time consuming.

Yuan’s team said they had identified three biomarkers in blood that might carry the strongest signal of Covid-19 infection. The lactate dehydrogenase (LDH) measured the level of lung damage, high-sensitivity C-reactive protein (hs-CRP) indicated a persistent state of inflammation, and lymphocyte related to a decrease in immune cells.

A machine learning model based on these three biomarkers could precisely project the future development of the disease in a particular patient, the researchers said.

According to Yuan, the accuracy of AI was influenced by when a blood sample was taken from a patient, with later samples being more precise. But he claimed earlier samples could still return an accuracy rate of 90 per cent or higher on the patient’s likelihood of survival.

The researchers said the tool had generated accurate forecasts “about 16 days in advance” for patients at the Tongji Hospital.

But a doctor working in a public hospital in Beijing who treats Covid-19 patients said the use of AI in early clinical assessment must be strictly supervised.

“This is a tool that can also be used to deprive patients of advanced age or with underlying conditions of the right to be treated because a computer has decided they have almost zero chance of survival,” said the doctor, who requested anonymity.

He said it was also unclear whether the tool could be used outside Wuhan.

An increasing number of studies suggest the virus has mutated as it spread in China and worldwide, likely causing variations in the disease development.

“Machine learning is a black box largely shaped by the data it is fed,” he said. “It may need to evolve continuously just like the virus to adapt to different environments and people.” — South China Morning Post

We believe in the concept of open knowledge sharing, where learning is an experience. We tend to learn better by sharing our experiences.